JUST IN
You are here: Home » Beyond Business » Features
;

Now, on to the sequel 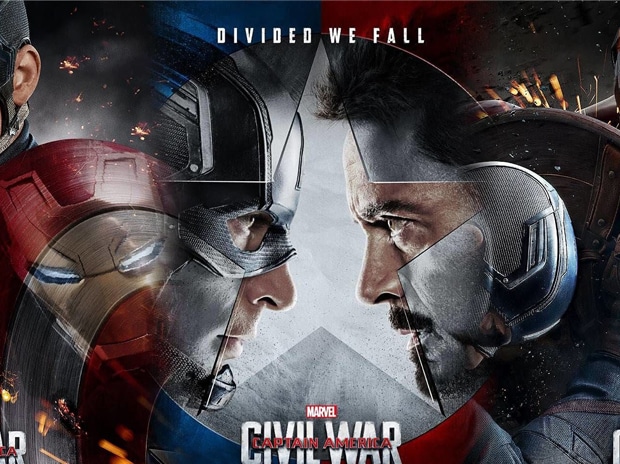 The Russo brothers (Joseph and Anthony) have taken the challenge of a superhero face-off head-on and succeeded in making an entertaining movie that completes a trilogy neatly. Take a leaf out of Marvel’s book, DC — this is how you make a clash-of-the-superheroes movie.

For the fans, the movie is a treat, with superheroes walking in and out of the frame. The very presence of so many Marvel characters meant that the movie ran the risk of being rushed and cluttered. The director duo, however, manages to keep things simple, the story and screenplay tight and the pace brisk.

In terms of screen-time, Civil War identifies Steve Rogers aka Captain America (Chris Evans) and Tony Stark aka Iron Man (Robert Downey Jr) as the leads, each gaining depth in his character as the movie progresses. The rest of the cast — Scarlett Johansson (Natasha Romanoff aka Black Widow), Jeremy Renner (Clint Barton aka Hawkeye), Elizabeth Olsen (Wanda Maximoff aka Scarlet Witch), Sebastian Stan (Bucky Barnes aka Winter Soldier), Anthony Mackie (Sam Wilson aka Falcon), Paul Rudd (Scott Lang aka Ant Man), Paul Bettany (Vision) and the others – come in, do their job and leave the screen.

The tone is set from the onset: it is Iron Man versus the Captain, and the other heroes need to choose sides.

The movie also successfully introduces two new superheroes from the Marvel Cinematic Universe — Black Panther (played by Chadwick Boseman) and an audience favourite, Spiderman (played by Tom Holland). Mind you, this is the third actor to play the web-slinger on celluloid since 2002 when Tobey Maguire took on the mantle in the Spiderman trilogy.

After the debacle that was the reboot Amazing Spiderman, audiences were not quite sure if this re-reboot would be any better. But it turns out that a teenaged Spidey can be just as much fun and as entertaining, so there’s that worry assuaged.

At nearly two-and-a-half hours (which isn’t surprising considering the cast), the film is rather long, especially in this day and age of shorter films. It could have done with 10 minutes less, especially in the first hour. Having said that, it is not a drag by any measure.

While on one hand, with Snyder's Batman v Superman, audiences were left wondering why the two were pitted against each other, in Civil War no such confusion arises. A seemingly puny villain manages to manipulate not only some of the most physically formidable super folks around, but also some of the most informed and intelligent ones. There is no doubt why the Avengers, new and old, are divided. A fact, that makes the seemingly slow first half justified to an extent.

Two things stand out in terms of execution: the unabashed action (and destruction) and the almost unending string of witty wisecracks. Thankfully, the wisecracks are not the prerogative of the bigger heroes and almost everyone, in action or words, contributes to the comic relief in the film. This is something Zack Snyder’s Batman v Superman lacked and the impact was felt sorely by the audiences.

Civil War has action and destruction in proportions rivalled only by other movies in the Marvel Cinematic Universe such as Age of Ultron and Winter Soldier. The result is a gripping succession of action sequences, each leaving the viewer on the edge of the seat. A special mention must be made of the scene where both the sides clash head-on and one superpower after another is unleashed.

What makes Civil War work is also that both Captain and Iron Man grow as superheroes, showing facets of their personalities that would have seemed alien in the first movie of their respective trilogies. In fact, quiet ironically, this may well be the best movie in the Marvel Cinematic Universe to date, despite the shaky start the Captain America franchise had with The First Avenger (2011).

With Civil War, the entire MCU moves forward, setting the stage for movies to comes.